I've been collecting Liberty fabric on and off for years.  I've been using it, too.  But not fast enough.  I went to an exhibition recently (Spring Knit and Stitch at Olympia) where Worn and Washed had a stall.  You may know worn and washed for their curated bundles of soft cottons.  They also prepare beautiful £50 bundles of Tana Lawns for the Liberty store.  Anyhoo the lady behind the counter, who may have been Kim Porter herself, recognised me as a Liberty addict and offered me something from under the counter.  Yes, it was a sample book from a few years ago.  I couldn't resist. 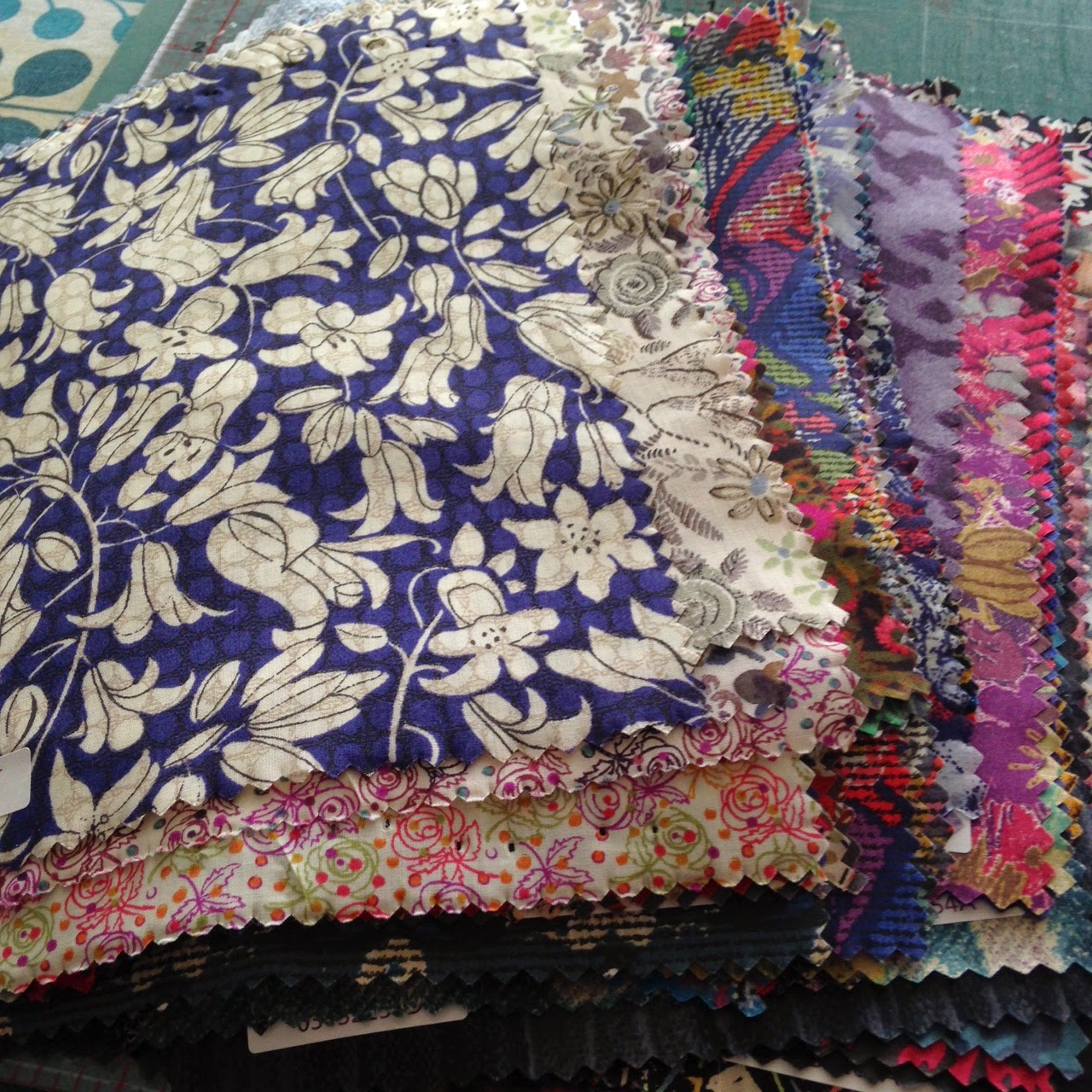 There were many, many fabrics I had never seen before and lots of dark ones, which I don't usually buy.  There were some I didn't like at all. Plenty I did though. After pawing them for about a week I got OH to dismantle the book.  There were a few staple holes at one end and a sticky label at the other end, but I worked out that I could get 4 or 5 2.5 inch squares out of each sample. And there were more than a hundred.  I decided the dark ones could be teamed with lighter, brighter ones from my stash and started making nine patch blocks, alternating the dark and the light. 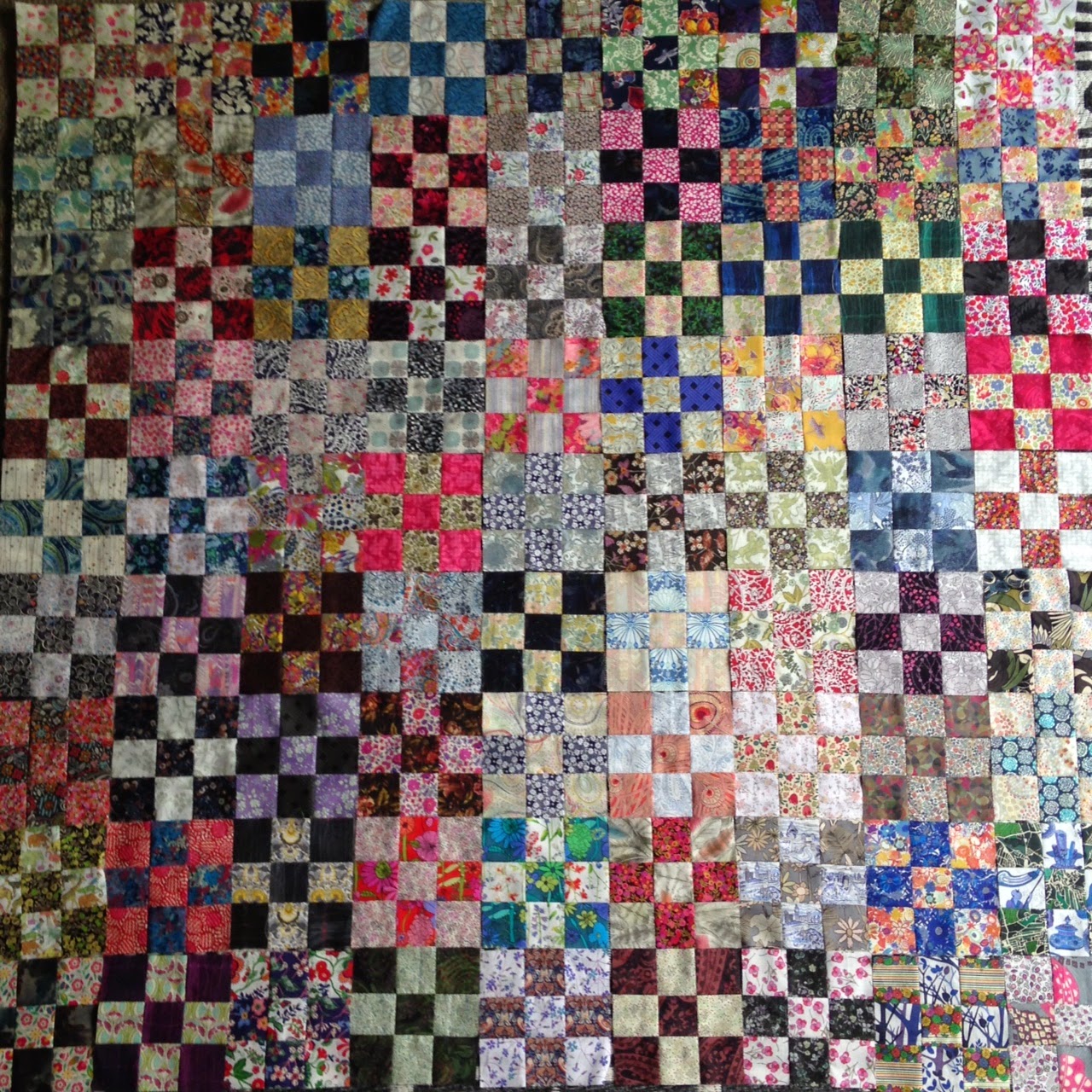 When I got to 81, remembering my maths, I laid them out in a nine by nine square on the floor. There's barely a dent in the sample pile. I could make a full size bed quilt and every block would be different.  So thats what I'm going to do.  I'm not going to sew any of it together until the end, when I'll decide how to arrange the blocks. There is a patch of paler ones above that might need to be spread around - or emphasised.  Not sure yet.  Here's my favourite nine patch so far: 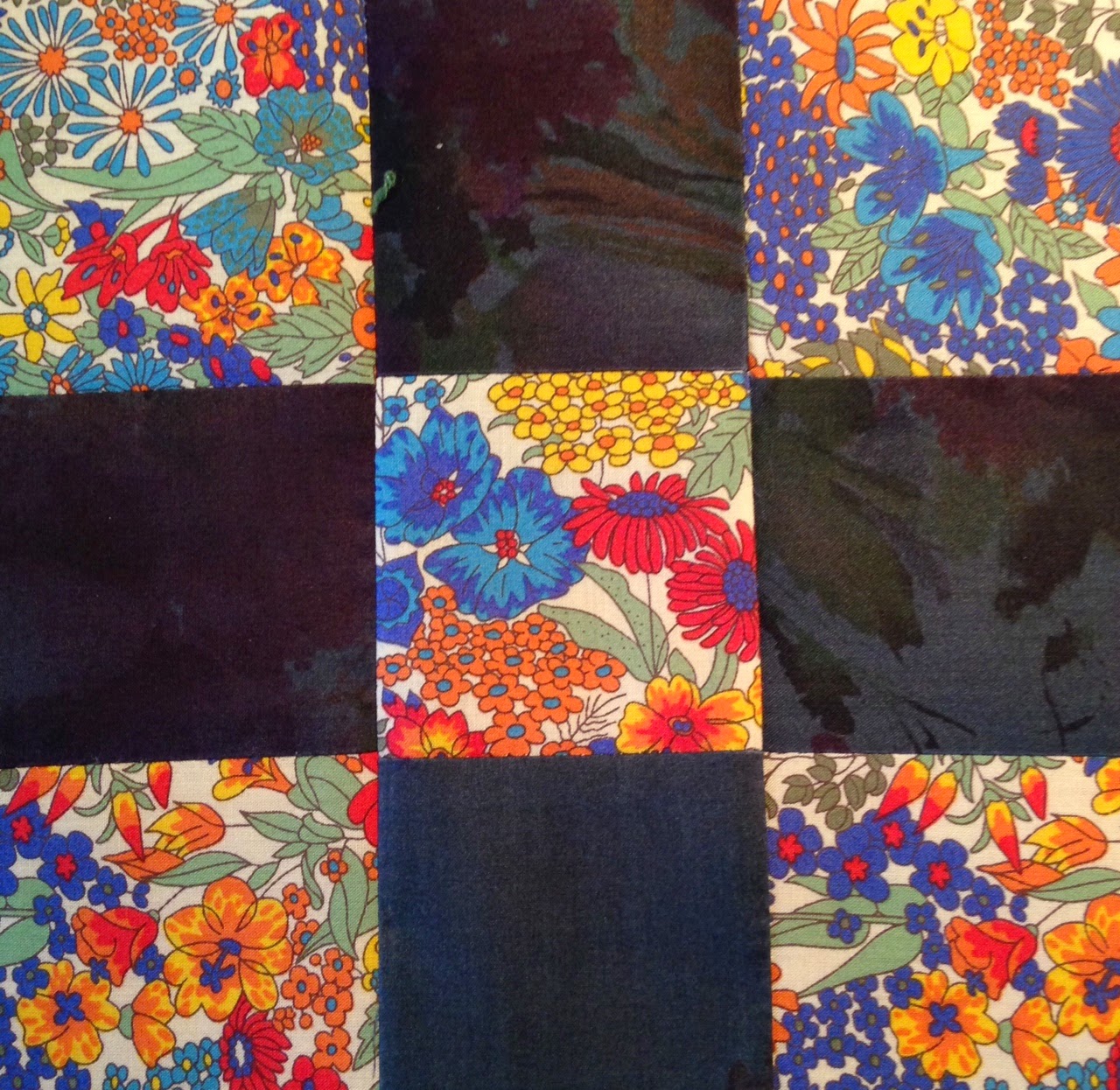 I really appreciate comments and encouragement, and will reply by email unless you are a "no reply blogger". Thank you.

Blue Moth
I make stuff. If anyone stands still too long I will knit them a hat or decide they need a quilt. This place is to record what I make.