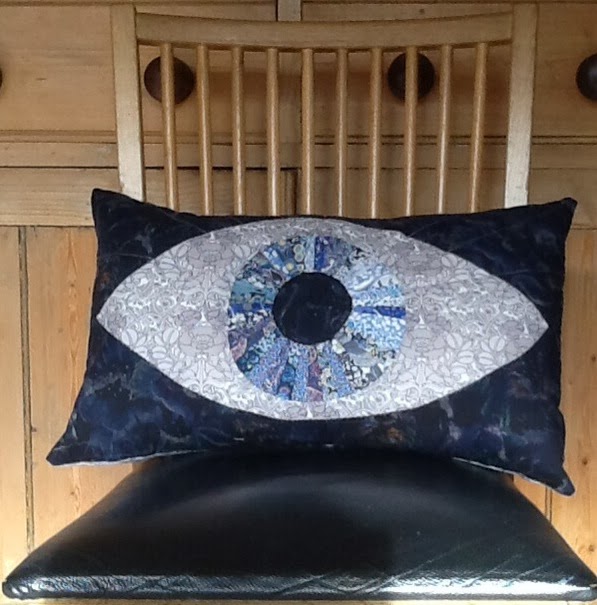 The iris part of the eye is made from 36 tana lawns (not all different, I admit).  I used a paper foundation which I drew in four sections using a protractor and each wedge is 10 degrees.  The paper I used was too thick - I found this out when attempting to remove it - that process almost took longer that the machine sewing.  Much cursing was involved - and tweezers. 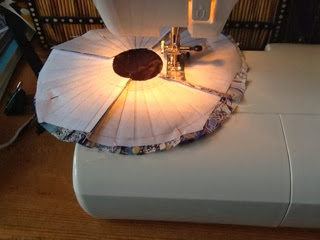 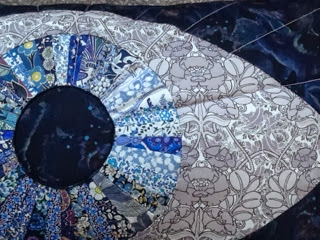 For the back of the cushion I used Layla and Richard.  I bought half a yard of this when it came out (last year?)  I love the retro feel and the London skyline in this one. 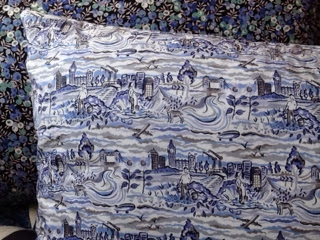 For the quilting, I just did a few lines radiating out on the top half of the eye. 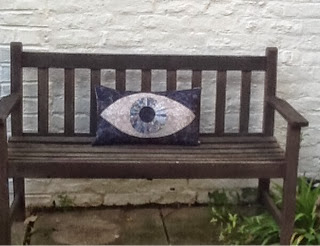 The sun just came out so I rushed out but it went in again before I could take a good photo.....  That might be the story for the next few months.  Horrible to think that the clocks go back for winter BST at the end of the month.

Linking up with Crazy Mom for finish it up Friday, and with Lily's Quilts Fresh Sewing Day .

I really appreciate comments and encouragement, and will reply by email unless you are a "no reply blogger". Thank you.

Blue Moth
I make stuff. If anyone stands still too long I will knit them a hat or decide they need a quilt. This place is to record what I make.